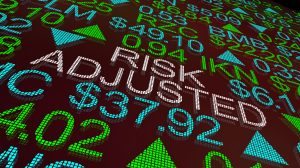 The Office of Inspector General of the Department of Health and Human Services recently released a report that showed that diagnosis upcoding continues to be a problem in the Medicare Advantage risk adjustment program. According to their findings, Essence Healthcare received at least $158,904 of overpayments from the Centers for Medicare & Medicaid Services (CMS) program. Unfortunately, Essence Health is not the only guilty party in healthcare who has received such overpayments. A report published by the New York Times in 2017 showed that UnitedHealth allegedly used diagnosis upcoding to over-bill Medicare by billions of dollars.

Understanding Diagnosis Upcoding at a Glance

Diagnosis upcoding is a phrase used to describe what happens when a medical provider or insurance company reports or documents that a patient was treated for a disease or condition that the patient either does not have or was not treated for. Because insurers and some providers in the Medicare Managed Care program get paid more from the Government for certain types of conditions, there is a higher risk of diagnosis upcoding to try to get more funding. Unfortunately, the way the system is set up it almost encourages healthcare providers to upcode, which is proving to be problematic in causing a seemingly ongoing issue.

Why Whistleblowers Should Help Combat Problems with Diagnosis Upcoding

Diagnosis upcoding hurts everyone, right down to the patients who are receiving care. For one, upcoding diagnoses leads to what looks to be an appearance of higher rates of certain illnesses and conditions among the general population. This data is used to determine things like what healthcare needs there are in concentrated areas and what needs should be addressed. In addition, the costs to the Medicare program are substantial, which burdens taxpayers and limits the resources available to take care of the actual medical needs of Medicare beneficiaries.

Overall, diagnosis upcoding is something that whistleblowers should be mindful of if they are in a position to catch on to this kind of activity. Monies overpaid by government programs have to be reimbursed according to the False Claims Act, and when those monies are reimbursed and settlements are made, whistleblowers can be compensated for their assistance. Reach out to us at The Whistleblower for more information about diagnosis upcoding. If you suspect fraudulent activity is taking place and you need help filing a claim, you can contact us using the confidential online form to start a free case evaluation.

Receive the latest news from the Whistleblower.com Blog